Momentum had really built up for Heddington Halloween so that by 2014, I needed to create more than one theme as so many neighbours asked to participate.  Thus I added two posters from animated films to my planned re-painting of Spidey (the first being lost in the daycare renovation).   I had lots of helpers young and old helping to paint the colour fields for Scooby Doo and Peter Pan and so what could have been a bit onerous became a really fun and community building project.

For Spidey, I knew in late 2013 what the plan was and so the day before the huge Toronto ice storm in post-Christmas December in 2013, I went to Canadian Tire to buy Christmas light strings to make Spidey’s web. As others were carrying out generators for the storm, yours truly walked up to the cash with an armload of 25 boxes of lights. They took pity on me and gave me a discount!

On Halloween, we had lots of press coverage and now hundreds of children and their families came to the event, notwithstanding a rainy Hallows. 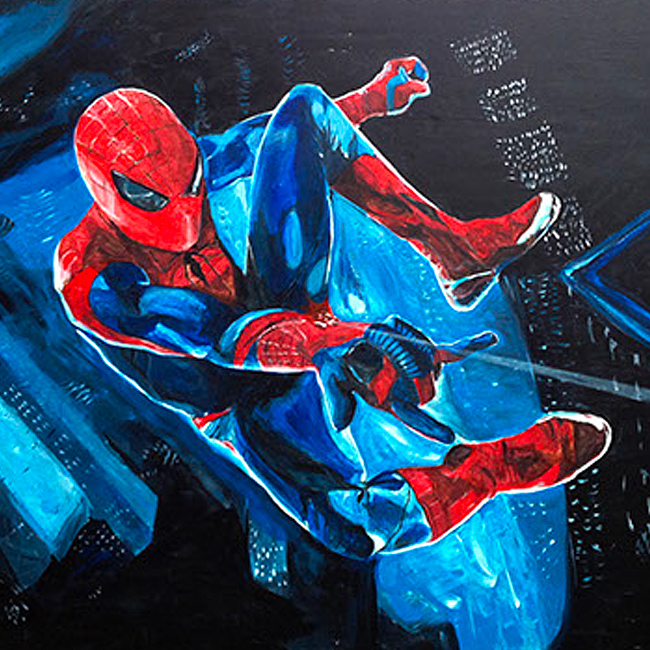 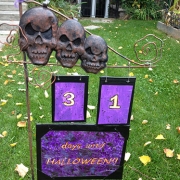 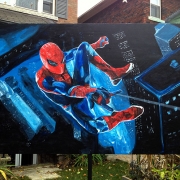 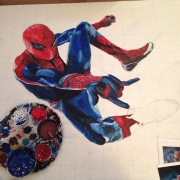 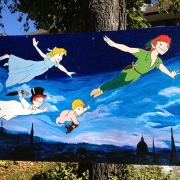 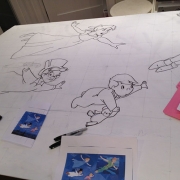 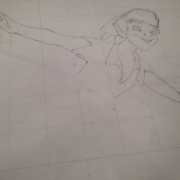 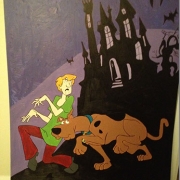 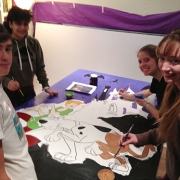 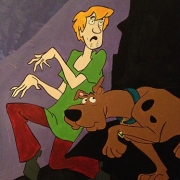 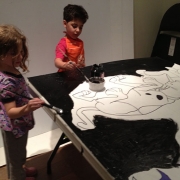 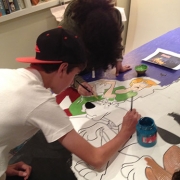 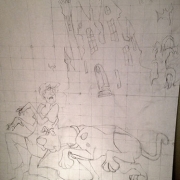 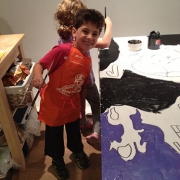 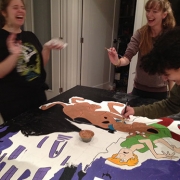