I realized with this painting of young Harry Potter that I love doing portraiture. I completed a picture of Snape as well. This was the first time I got “press” for my Halloween display. City TV came by and did a complete feature. After Halloween, I loaned these and other, earlier posters (an early Spiderman and an early Tarzan) to my son’s daycare. They stayed on loan even after my son moved on to Grade 1. I subsequently learned to my dismay that when the daycare renovated, they threw out this and the other posters that had been on loan. I repainted every theme in later years. 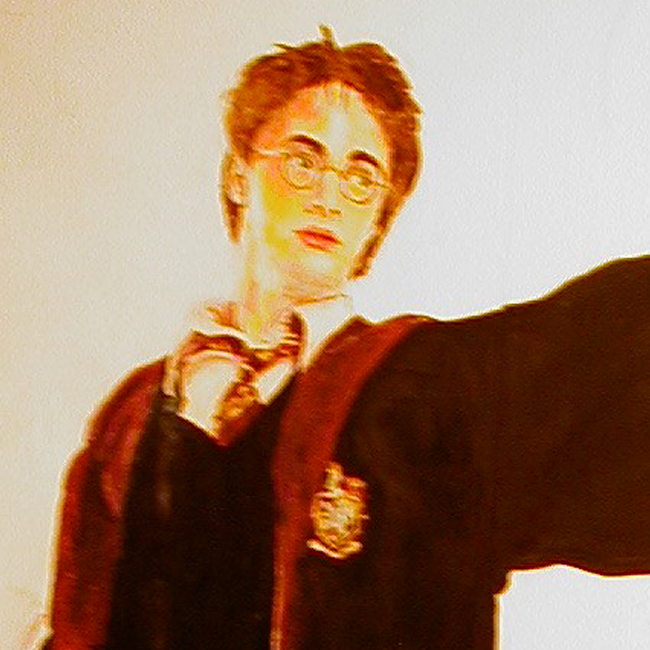 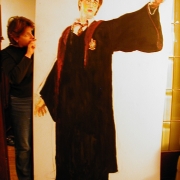